o quote composer/improviser Charmaine Lee, "the art of intentional listening recognizes the autonomy of all people (including oneself)." Unfortunately, the compositional practice of the solitary genius that many of us have grown up with does no such thing, because the historical practice that has been defined as “composition” gives little to no agency to anyone other than the composer. This makes sense. This practice arose during eras of monarchies and colonies, ruler and ruled. But as we approach the 250th anniversary of the American experiment, 155 years since the abolishment of slavery in this country, and 100 years since the 19th Amendment, what future Utopias can we dream through music, where the elitist, segregationist, and supremacist approaches of the past 300 years are no longer the only way? How do we redefine composition in the second quarter of the twenty-first century so that people of all backgrounds see in it a path to prophetic expression and societal transformation? Do we choose the path of dictatorship or dialog? The choice is ours and the choice is now.

Like many music-based organizations, Wet Ink is searching for answers to these questions. We don't have them yet! We hope that by creating new experimental art with a broad range of brilliant people, answers can be found.

Wet Ink is blessed to be friends and colleagues with some exceptional artists who don't normally live in the world of "new music." In June 2018, we worked with four of these remarkable individuals - Ingrid Laubrock, Charmaine Lee, Darius Jones, and Lea Bertucci - collaborating over a week of music-making to realize their compositions. In the “media board” above, you can experience the complete concert, including the premieres of these four works alongside Wet Ink’s performance of Peter Ablinger’s Black Series. Commentary by the composers follows below.

After this concert, more than one member of the audience told me this had been their favorite Wet Ink concert. The joys of dialog and collaboration bore joys of listening, created friendships, enacted future dialogs, and hopefully, in a small way, pushed the horizon of future realities. 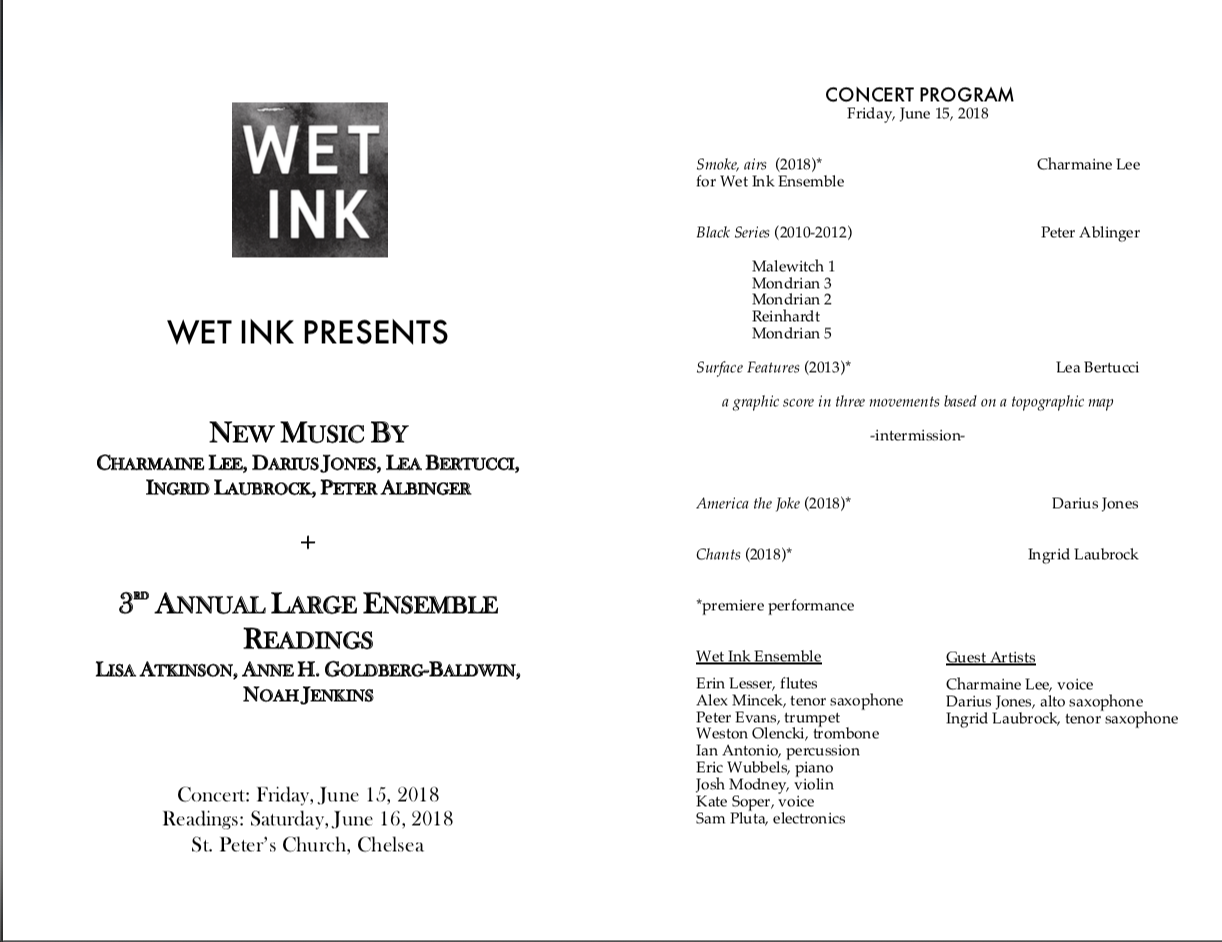 Editor’s Note: Charmaine Lee’s Smoke, Airs is the result of several years of collaboration between Charmaine and Wet Ink. An early version of the piece was premiered with an expanded ensemble in June 2018. The final version, performed by Charmaine and six Wet Ink members, was premiered at the 2019 Huddersfield Contemporary Music Festival and recorded for Huddersfield Contemporary Records (“Smoke, Airs” - HCR24). Please check out Alice Teyssier’s article for Archive, “Echoes of Echoes”, for more info on the entire project.

The essence of Smoke, Airs is suggestion — the material is made up of whistles, whispers, sandpaper, textual sensations and vocal utterances, all coalescing, as if moving through the rooms of an empty house. The sound world is inspired by my improvisational language, and written for the ensemble to play freely in and give life to. The piece was composed with love for the Wet Ink Ensemble, completed in October, 2019. 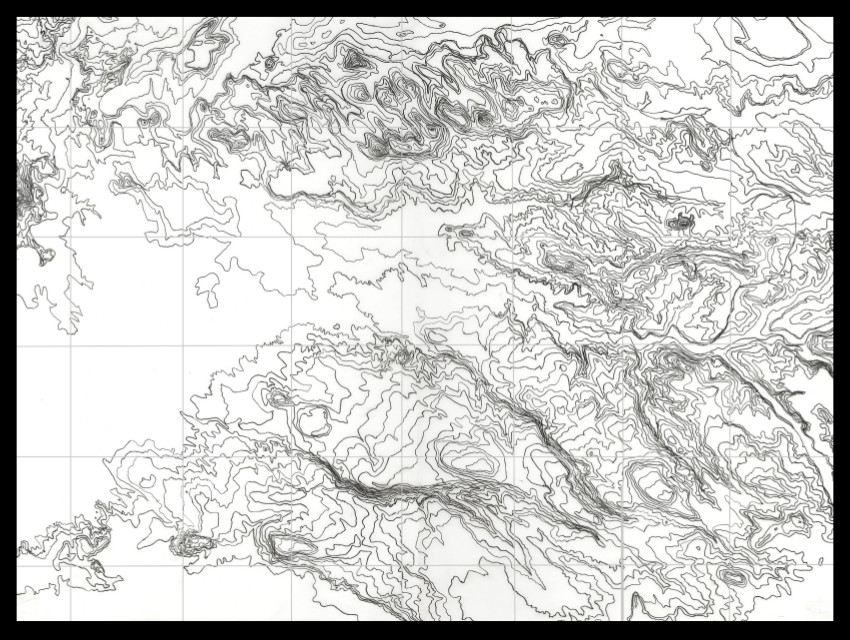 Surface Features is an interpretative graphic score in three movements. Based on the topography of the Escalante Grand Staircase region in southern Utah, each movement invites players to read the map in different ways. The first movement is to be read in a linear fashion, by choosing a single line and following it, as though a person was physically traversing a part of the landscape. The second movement asks players to choose a single square or combination of four squares. Specific harmonic and time-based parameters are indicated for this mode of interpretation. The third movement locates itself in a totality: the player should read the piece as a whole form, moving from the left to the right of the page.

The Escalante Grand Staircase region holds deep inspiration and significance for me, and has been my father's home for twenty-five years. Since I was a child, and at various points in my adulthood, I visited this surreal landscape for periods of time that have always felt pivotal in my creative development. I often find myself thinking of this place when contemplating organic forms and methods in music: The unpredictability in a compositional form, a sense of surprise and surreal dislocation from the familiar. A resonance with an older, slower way of life. A powerful locus of indigenous life. This area, along with Bear's Ears in southern Utah, were designated national monuments in the 1990s and are currently under dispute of this designation, which would open these lands to mining and other forms of destructive development.

America The Joke was inspired by Michelle Wolf’s performance at the White House Correspondents’ Dinner of 2018, the Parkland School shooting, and our continued hypocrisy as a society. It was an eerie feeling to hear a comedian communicate more truth than the leaders of the country. We seem to want to be entertained more than informed. We practice silence in the face of clear examples of racism, oppression, and fascism. We allow our leaders to lie and gaslight us while we continue to pay their salaries. I kept thinking about how much apathy and inaction we allow in our society as citizens.

During the piece you hear the sound of clickers and ratchets which are meant to simulate bullets and sirens, but at no time does anyone react to these events. Well, there is laughter and farts but that’s part of the joke, right? Ultimately the performers continue to do their job just like we seem to do in society. When will we realize our humanity is worth more than a job?

Chants is a modular piece consisting of nine layered compositions. Apart from a loose determined framework, the entries and exits of those compositions are left open to the performers. Not every composition has to be played in any given performance. The nine modules are: four “chants” (pieces that deal with speech-like rhythm and approximate direction of pitch); Count 'Em, a song with lyrics by Richard Foreman; two sets of chord progressions; and words taken from the British Shipping News.

I have always been fascinated by the sound of people speaking together and two sound scenarios in particular inspired me to write the four “chant” pieces, which are the backbone of this performance from June 2018. As a child I went to a church with a big boomy room in which prayer that was meant to be spoken together bounced back from the walls and would morph into what I can only describe as a “tar-like, chewy” slow-flowing texture. It completely obscured and diluted the words and would lull me into a sleepy trance where I was following the sound, but not the meaning of the words. The second inspiration was recordings of chants by Tibetan Gyoto Monks – powerful, rhythmical, and punctuated by variations in pitch. 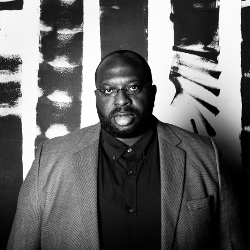 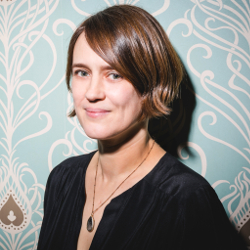 INGRID LAUBROCK is an experimental saxophonist and composer, interested in exploring the borders between musical realms and creating multi-layered, dense and often evocative sound worlds. A prolific composer, Laubrock was named "one of the most distinctive rising compositional voices" by Point Of Departure and a "fully committed saxophonist and visionary" by the New Yorker. Her main projects as a leader are Anti-House, Serpentines and Ingrid Laubrock Sextet. Laubrock has performed with Anthony Braxton, Muhal Richard Abrams, Jason Moran, Kris Davis, Tyshawn Sorey, Mary Halvorson, Tom Rainey, Tim Berne, Dave Douglas and many others. Laubrock has composed for ensembles ranging from duo to chamber orchestra. 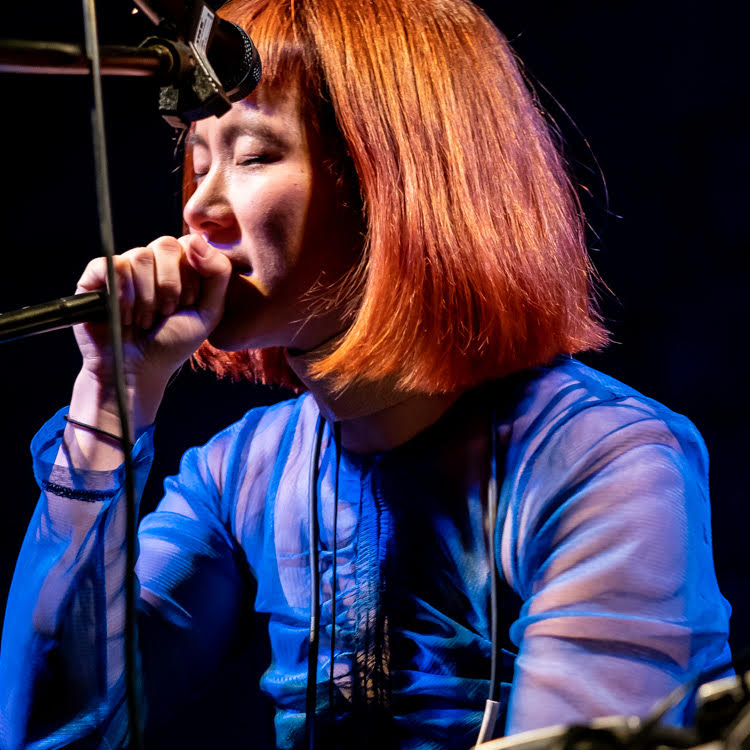 CHARMAINE LEE is a New York-based vocalist. Her music is predominantly improvised, favoring a uniquely personal approach to vocal expression concerned with spontaneity, playfulness, and risk-taking. Beyond extended vocal technique, Charmaine uses amplification, feedback, and microphones to augment and distort the voice. She has performed with leading improvisers Nate Wooley, id m theft able, and Joe Morris, and maintains ongoing collaborations with Conrad Tao, Victoria Shen, Zach Rowden, and Eric Wubbels. She has performed at ISSUE Project Room, the Kitchen, Roulette, the Stone, and MoMA PS1, and participated in festivals including Resonant Bodies, Huddersfield Contemporary Music Festival, New York Festival of Song, and Ende Tymes. As a composer, Charmaine has been commissioned by the Wet Ink Ensemble (2018) and Spektral Quartet (2018). She was recently an Artist-in-Residence at ISSUE Project Room (2019). 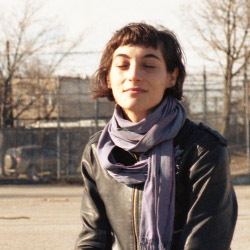