love cymbals. I’m not alone in saying this -  most drummers and percussionists do, and you’ll find cymbals of various sorts in music heard around the globe. There are basically two kinds:

1. “Turkish” cymbals: this is what most people picture when they think about cymbals: disc-shaped and concave, with a raised “bell” and hole in the center 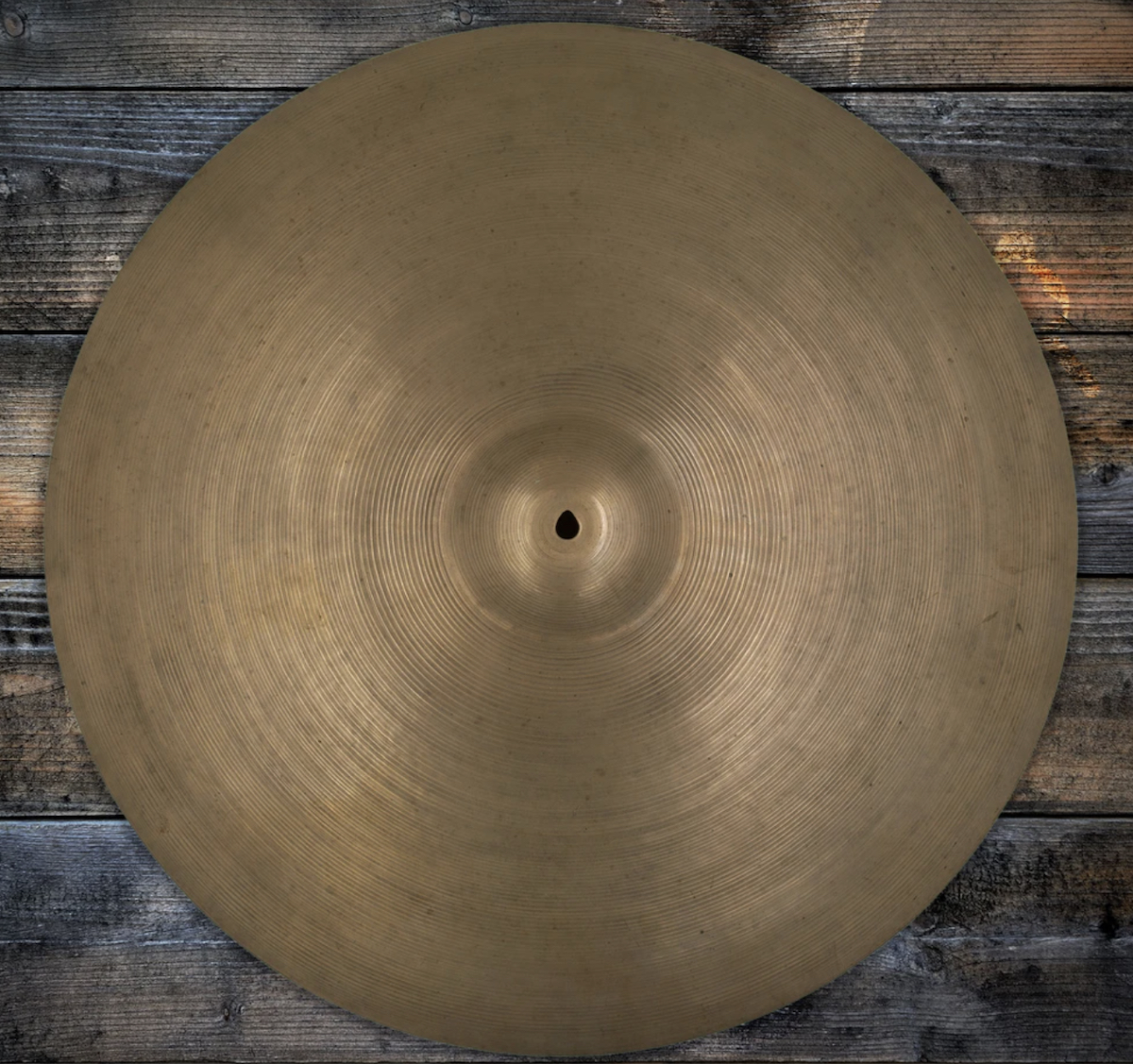 2. “Chinese” cymbals: similar to the ones described above but with an upturned edge 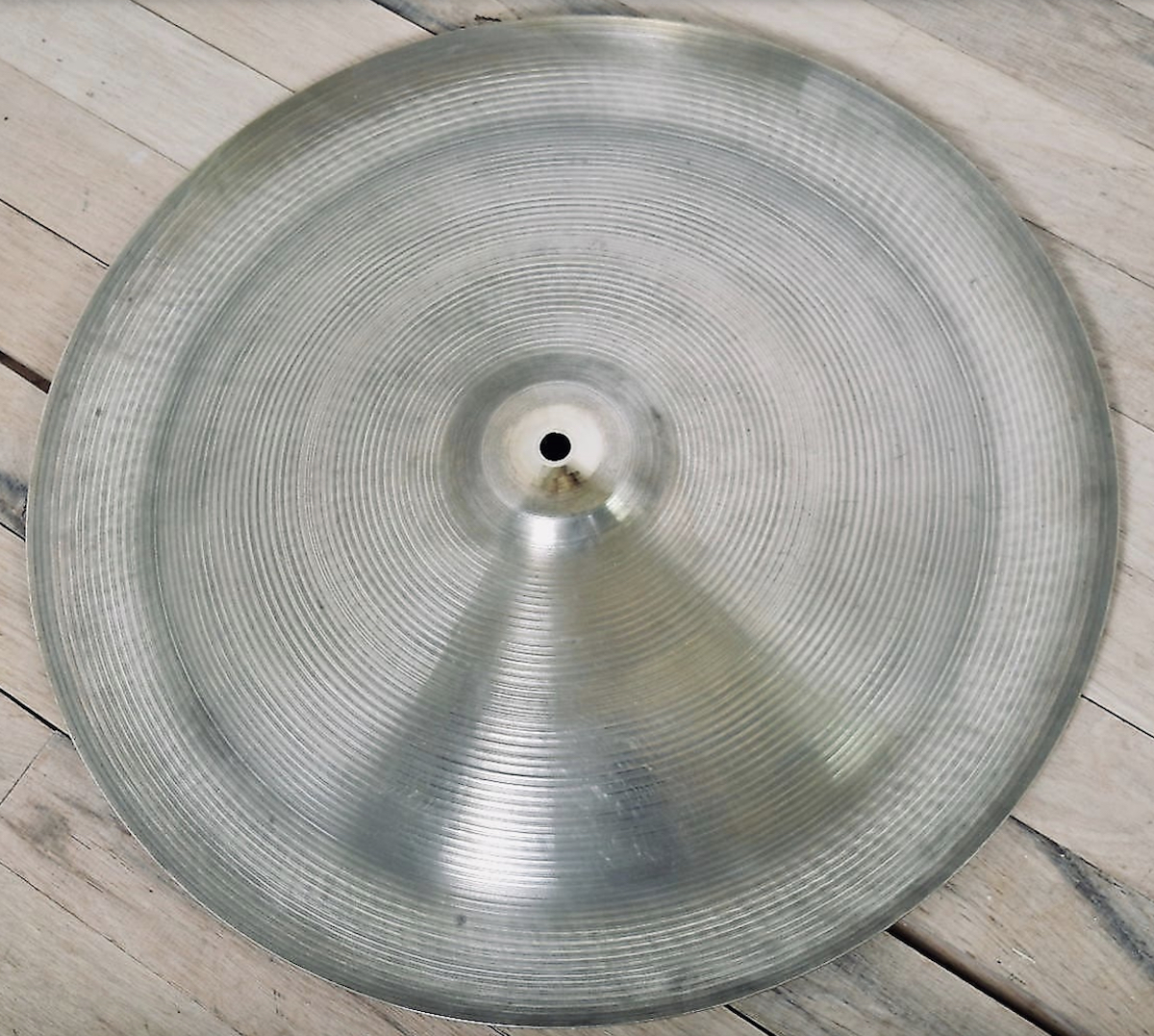 There are hundreds of variations on these two basic types, ranging from the small jing and finger cymbals to large modern ride cymbals. And the variety of sounds they are able to produce is nearly infinite, too, from the focused pitch of antique cymbal (i.e., crotale) to the raw inharmonicity of a Chinese “lion” cymbal.

Cymbals were among the first instruments I played. I started school band in third grade, playing snare drum, bass drum, triangle, and of course, cymbals. Up through my years in youth orchestra, it seemed that cymbals were typically used in a few specific ways:

1. To accent the strong beats in marches, usually in near unison with the bass drum

2. To mark big important moments (with a crash!)

3. To crescendo into big moments (rolling on a suspended cymbal)

4. To keep time in jazz ensemble (as part of a drum set)

In college, cymbals were used in some new ways, and began to include extended techniques like bowing. And as percussionist in Wet Ink, I’ve had the pleasure of approaching cymbals in the many different ways that Alex, Eric, Kate, and Sam have written for them.

Here is one example: In 2019, Wet Ink recorded Glossolalia by Alex Mincek at the University of Chicago’s Logan Center. Nestled into the percussion part is a passage for cymbal.

How does one approach this part? It doesn’t seem to fit neatly into any of the previously described functional categories. But before that question is answered, let’s take a quick step back in time:

Cymbals, or cymbal-like objects, have been around for a long time. By at least the late Bronze Age (~1200 BC), ringing metallic objects were used from the Middle East in Assyria to what is now modern-day Ireland. These early instruments looked a lot more like what we now call finger cymbals - relatively small and thick, most likely possessing a definite pitch. 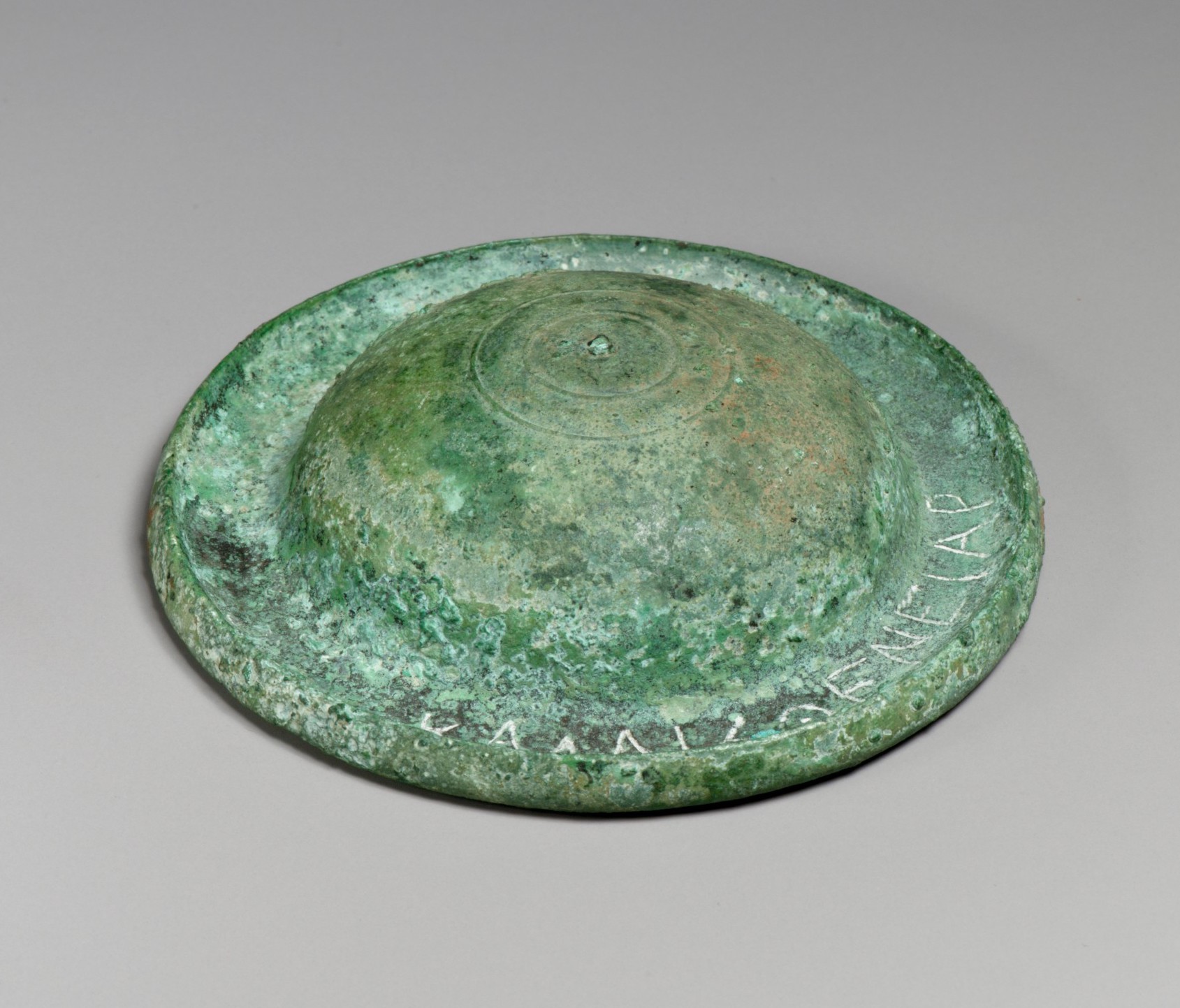 There are plenty of cymbals references in the Bible (Psalm 150:5 - Praise Him with loud cymbals; Praise Him with resounding cymbals), but by the Middle Ages (~400 AD), new and non-Biblical reference to cymbals disappear.

After the more ancient accounts of cymbals (Greek and Roman inscriptions, Biblical accounts, archaeological finds, etc…) most people trace the “modern” era of cymbal usage to the Ottoman Empire. Popular accounts hold that cymbals were used by the Janissaries, an elite military unit, to accompany the Empire’s westward aggressions in the 16th, 17th, and 18th centuries. While cymbals were certainly a part of the military bands (Mehter) that traveled with the Ottoman military, these musical formations were not strictly martial, and would have been heard in ceremonial, religious, and other settings as well.

By at least 1680, cymbals playing was called for, if not explicitly notated, in several operatic productions. Two examples being Nicolaus Adam Strungk’s Esther and Domenico Freschi’s Berenice vendicata, the later calling for, in addition to “six cymballers”, one hundred mounted soldiers, twelve horse-drawn carriages, two lions, two elephants, and a scenic forest stocked with live deer and wild boar.  A century later, cymbals found their way into notated scores, starting with Gluck’s opera Iphigénie and Tauride of 1779. Notably, Gluck’s opera, as well as the Strungk and Freschi examples from 1680, are historical dramas, not reflecting the Mehter’s contemporary usage of cymbals. 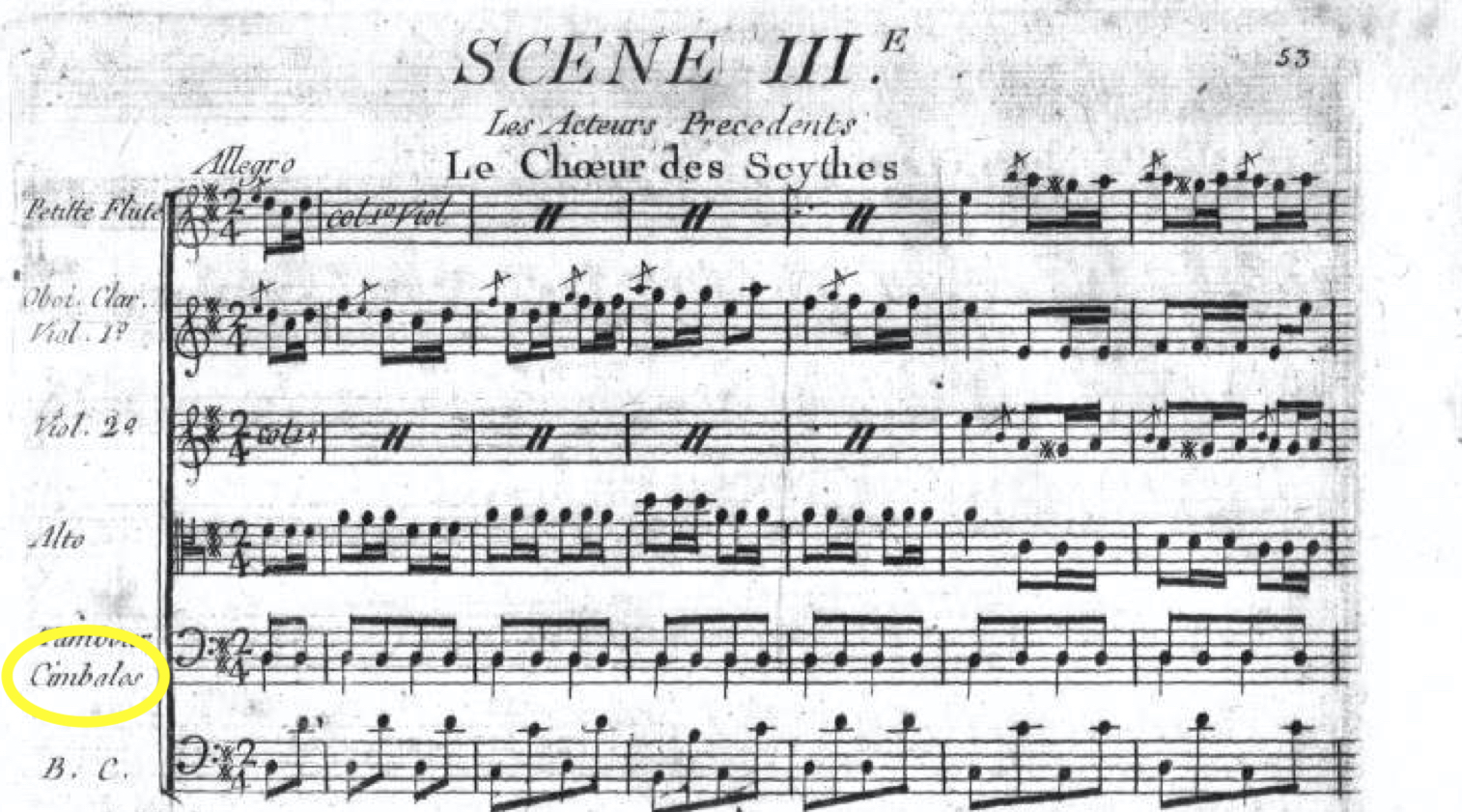 A few years later, cymbals were prominently featured in Mozart’s opera The Abduction from the Seraglio of 1782. This time, the cymbals appear alongside bass drum and triangle in an approximation of the Ottoman sound and style, which was immensely popular (and problematic) at the time.

Mozart - The Abduction from the Seraglio (1782)

Starting at this time, we begin to see cymbals used more frequently as a part of the orchestra. First grouped, along with bass drum and triangle, as a part of the “Turkish music” section of the opera pit (not next to the timpani, which were located on the opposite side of the pit), cymbals were often used to specifically reflect action on the stage. With the next example, we find cymbals leaping out of the opera pit and onto the concert stage, though still in a martial style and in the trio grouping with bass drum and triangle.

This configuration and general orchestration would remain popular, perhaps reaching its widest audience in Beethoven’s epic Ninth Symphony of 1824.

Having revolutionized many other aspects of orchestration, it comes as little surprise to find Berlioz revolutionizing cymbal usage as well. A dramatic development was decoupling the cymbals and suspending one to play with a “sponge-headed” mallet. The first use of this is the final note of his Symphonie Fantastique of 1830.

From here, cymbals start to be used in a multitude of ways, from marking dramatic moments in Bruckner symphonies to representing the clash of swords in Tchaikovsky ballets. An especially notable use is Debussy’s exceptionally refined and dynamic use of suspended cymbals in his 1905 work, La Mer.

The 20th and 21st centuries have seen an explosion of cymbal developments, far too many to exhaustively list. From Geroge Crumb’s use of extended techniques (bowed cymbals, cymbals placed atop timpani, etc…) to Michael Pisaro’s use of cymbals as resonant surfaces and material reflector/distributors, cymbal usage is limited only by the imagination.

That whirlwind survey brings us back to the 2019 Mincek Glossolalia example. What’s going on? A quick answer might be found in this very Archive, Vol. 1. To quote Alex:

“Anyway, to take a slightly less wonky path of description, albeit an even more complex one to fully untangle, I would point out that the piece plays with groupings of "real" vs "synthetic": There are computer voices and there are human voices. There is a drum machine and there are drums. There is a white noise machine and there are humans blowing air into tubes. There are electronically produced sine waves and there are humming wine glasses. And so on...But now consider how all of these groupings act and interact: The computer voices at times act like drum machines. The human voice at times plays percussion. The flute sometimes sings...And so on. There is a nearly constant relay of sources trading various degrees of likeness and difference in proximity to the stereotypical roles and functions most commonly associated with each source. It's all a bit chicken or egg-y.”

This is by no means a complete or comprehensive survey. It leaves out a lot more than it includes, and bypasses whole lines of inquiry. Other avenues of investigation might cover the evolution of the cymbal manufacturing industry and how marketing has shaped our ideas of sound, the development of the drum set, cymbal use in China, or in Indonesia, or…

So what is the purpose of an incomplete investigation like this? Even this sliver of information makes me feel connected to several thousand years of cymbal history. The specific setting in which cymbals are used has changed dramatically over the millennia - from sacred temples to the fields of battle, opera houses, dance halls, concert stages, and beyond. Cymbals are important features in all of these settings, though. They can mark important moments and keep time, but perhaps most importantly, whatever the setting or function, people use these mysterious vibrating metal discs known as cymbals for their ability to magically transform sound. 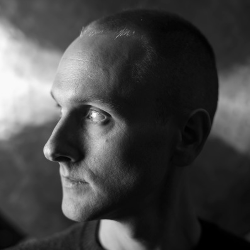 Percussionist IAN ANTONIO’S breadth of experience – concertizing across four continents with a wide variety of chamber ensembles, orchestras, experimental rock bands, avant-garde theatre companies, and as a soloist, conductor, and educator – has led him to develop a unique sound and approach to both performing and teaching. In addition to his over two decades of work with Wet Ink, Ian is a member of the percussion ensemble Talujon and a former founding member of the piano percussion quartet Yarn/Wire and Zs. His playing is frequently featured at prestigious venues across the globe, including Lincoln Center, Brooklyn Academy of Music, Edinburgh International Festival, Barbican Centre, and Shanghai Symphony Hall. Ian's recorded performances can be heard on over 50 albums released by the Nonesuch, Carrier, Kairos, Warp, Tzadik, and Unseen Worlds record labels, among many others. Born and raised in the Albany area, Ian now lives in Ypsilanti, MI and is Assistant Professor of Percussion at the University of Michigan's School of Music, Theatre & Dance.